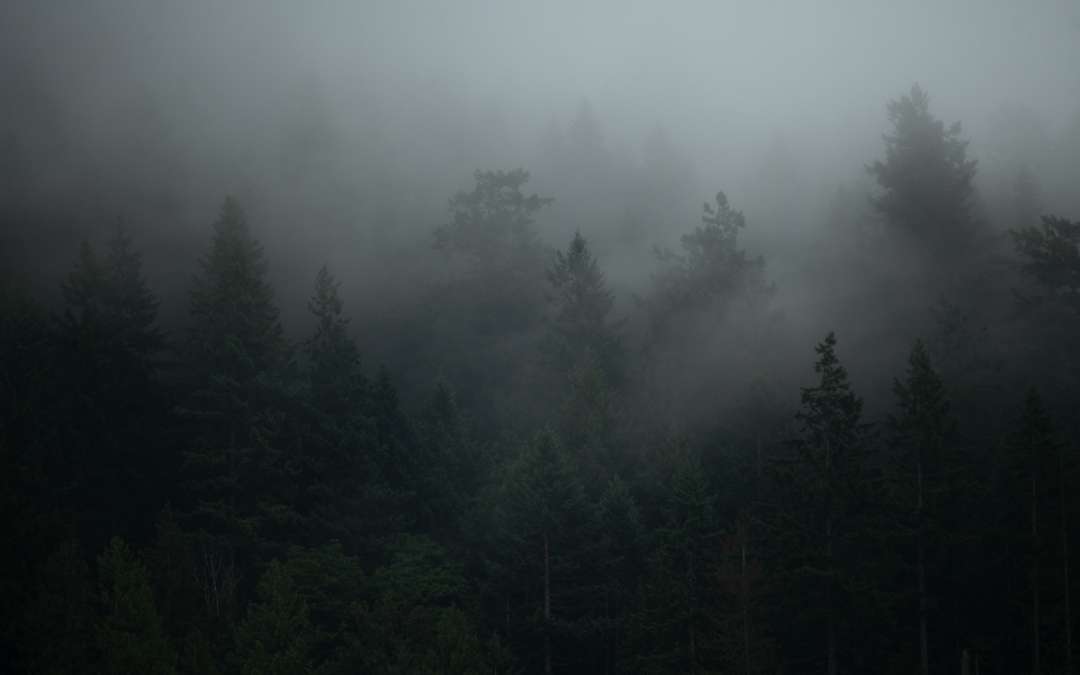 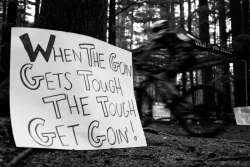 Raindrops pattered from a grey West Coast sky, threatening to unleash a tempest of a storm. It was a meteorological foreshadow of things to come. Six hundred BC Bike Racers, representing 38 countries, descended on the North Shore July 4 for the launch of BC Bike Race, version Lucky 13. They were preparing to face a storm of BC singletrack over the next seven days. However today, the Prologue, was a mere 10-minute squall of a sampler that would seed riders in the start line-up for the week. The Prologue offered up just enough road to make some competitors regret not spending time on the wind trainer last winter, as well as a tasty teaser of single track ripping through some North Shores old growth forest that would leave riders licking their chops for more of the same. They wouldn’t be disappointed. Yesterday, at the mandatory pre-race meeting in the Capilano University gymnasium, racers clapped and laughed on cue like nervous first year college students. But let’s face it - their minds were elsewhere.

“This is my first time in Vancouver and my first time at BCBR. I’m anxious,” said Erick Quinones, all the way from Guadalajara, Mexico.

No wonder he’s anxious. An unforgettable odyssey of rooty, rocky, loamy and legendary BC singletrack lay ahead, a journey that would take Qinones and his fellow riders from the North Shore, Vancouver Island’s Cowichan Valley and Cumberland, down the Sunshine Coast and culminating with that giant 50- km kick in the keister day seven stage called Squamish. 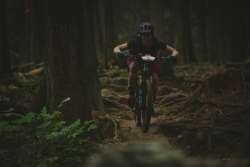 Cool skies and a gentle rain prompted some of BCBR’s Mexican friends to wear puffies for the Prologue. What’s frigid for some is ideal for others. Conditions were perfect for reigning champs in Solo Men and Solo Women, Geoff Kabush (Team Yeti-Maxxis) and Katerina Nash (Team Clif Bar.) Riding BC tech-gnar trail is their happy place. Following the start at Capilano University, racers rode a neutral leg along a gravel road, ascended a small hike-a-bike staircase, continued a little farther to the remote start, then tackled more gravel before a taste of the technical uphill pain cave on the Richard Juryn Memorial Trail.

And it was the indomitable Kabush leading a tight pack on the jank-chunder climb to the highpoint on Richard Juryn, before launching into a rock dropping, root hopping, rapid descent and crossing the Red Bull finish line in a blistering 6:47. However the young and feisty Felix Burke (Rocky Mountain) ended up dropping the hammer and claiming top spot in Solo Men with a time of 6:44, putting Kabush on notice that perhaps this year the script will be rewritten.  Kerry Werner (Team Kona-Maxxis-Shimano), last year’s 3rd place finisher, tied Kabush’s time, further evidence that the BCBR throne will be tightly contested during version Lucky 13.  BCBR newcomer Payson McElveen (Team Orange Seal –Trek,) 2016 Mongolian Bike Challenge champion, was also firmly in the mix with a time of 6:55, ensuring a tight race at the top. Back for another year, the unassuming, baggy shorted US Olympian and all-around shredder Sam Schultz (Rocky Mountain,) 7th in the Prologue, quietly tuned up his West Coast BC skills certain to once again challenge for stage wins. 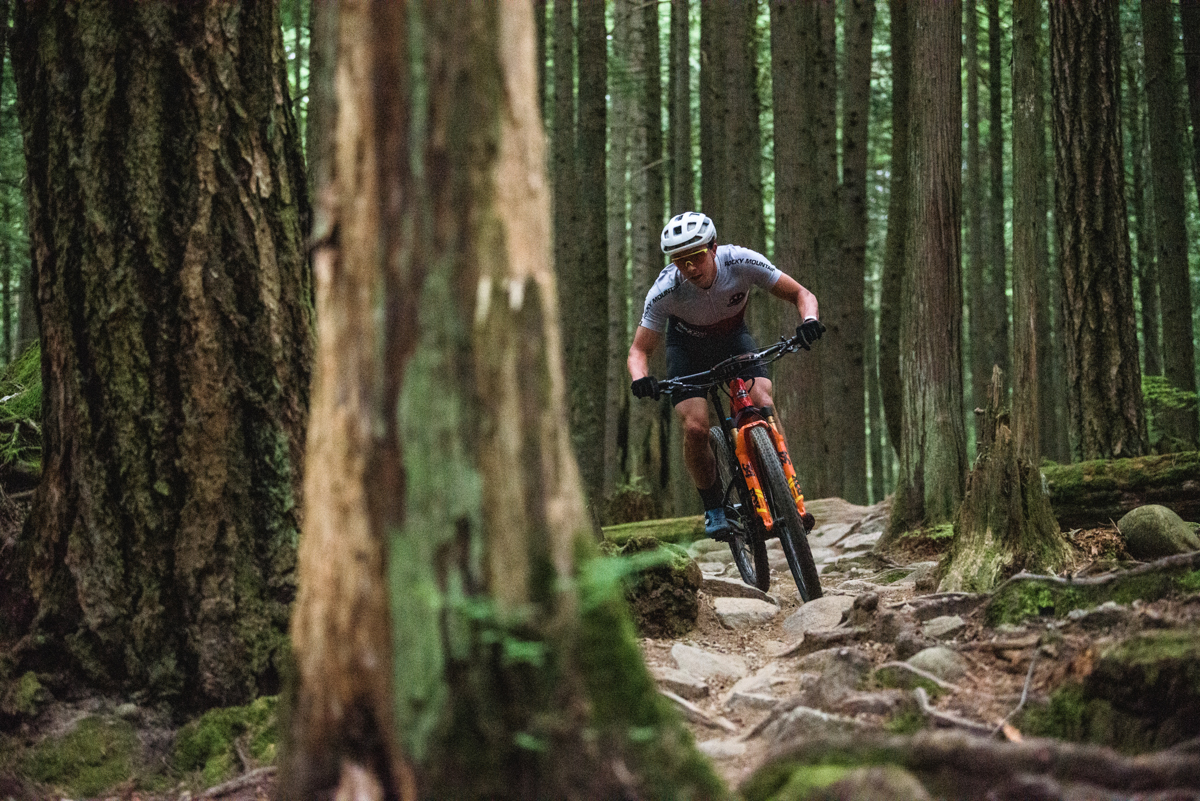 Felix Burke first after the Prologue 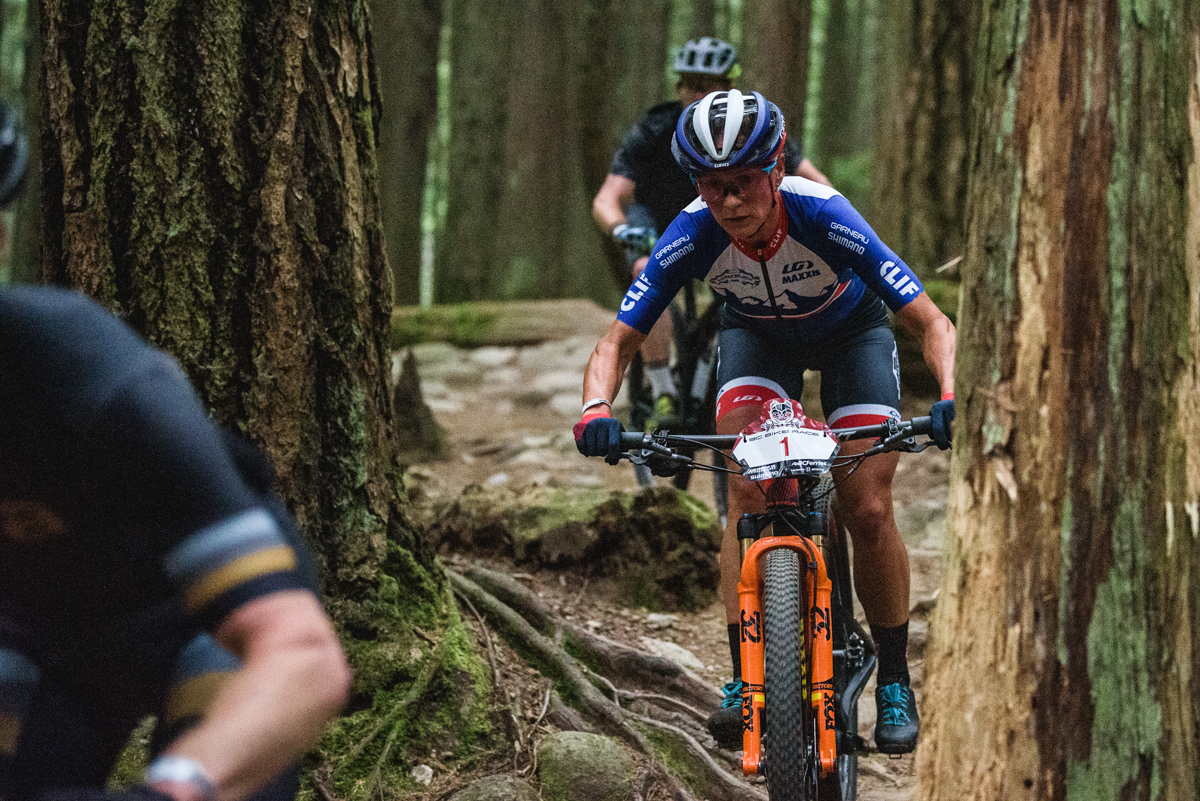 Katarina Nash first after the Prologue

In Solo Women Katarina Nash, with four consecutive BCBR top podiums to her credit, was in the mood for sending strong messages with a time of 8:26, in front of second place finisher US Cyclocross Team member Courtenay McFadden (Team Pivot-Maxxis) who crossed the line at 8:31, followed by Jena Greaser in a time of 8:36.

In Masters Men, it was Canadian David Dorrans and New Zealander Andrew Low seeding themselves in top spot with matching times of 8:07, setting the stage for a battle royale in the smorgasbord of singletrack to follow.

Port Moody’s Ted Russo, a 10x finisher is back from a solid 2018 5th place BCBR performance in Veteran Men with a Prologue time of 8:29, two seconds ahead of Steven Brown, hinting at yet another Canadian-Kiwi single track slug fest.

Tricia K Spooner, who somehow keeps her singletrack chops sharp living in Ottawa, proved she’s on the hunt for a podium spot claiming a comfortable Masters Women first in the Prologue, while Kiwis Mandy Hancock and Margaret Clark enjoyed an exciting battle in Veteran Women. 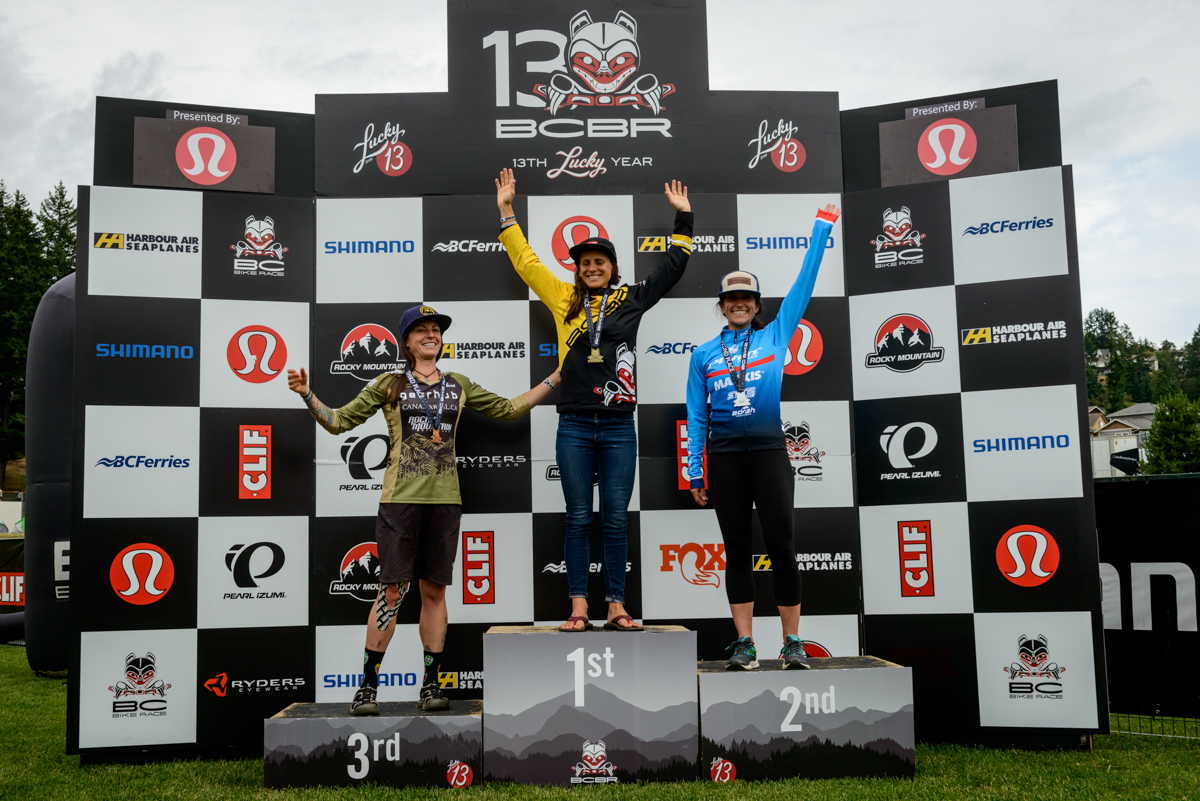 Kaitlin Keough (Cannondale) is a Wisconsin-born, Colorado Springs-based 2017 USCUP-CX Series Champion who has proven herself in cross and road but has only seen BC dirt in videos and magazines.

“This is my first time in BC so I’m super excited,” Keough said.

Turns out Keough enjoyed her first taste of BC singletrack, claiming top seed in Teams of Two (Open Mixed) along with shredder and Cannondale Teammate Stephen Hyde.

Belgian work horse Cedric Parys returns after a BCBR hiatus in 2018, this time with teammate Jef de Coster, and they’re on fire, easily securing top seed in the Prologue, Teams of 2 (Open Men,) proving that people from flat countries can indeed shred the gnar.

Teams Graeme Martindale and Norm Thibault (TNA-Frontrunner) and Stephen and Shannon Hunt (Apollo) are clearly on the hunt, setting the table for some tasty Teams of 2 (Veteran 80-99) action throughout the week. 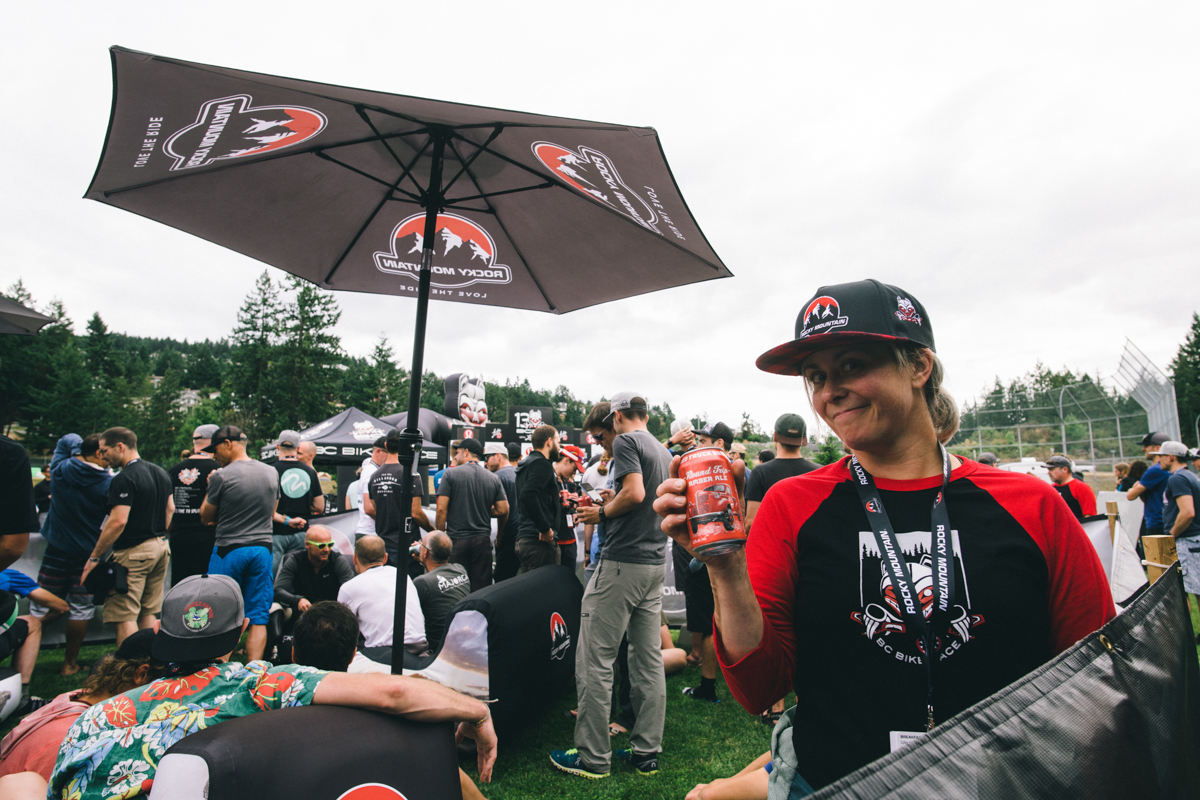 Let’s be realistic, a Prologue is like a small appetizer - it leaves you salivating for meat and potatoes.  After pounding out the pre-BCBR jitters in the shadowy forests of the North Shore, competitors boarded buses for the journey to Horseshoe Bay and the ferry crossing to Vancouver Island. With time to soak in the BC coastal views, maybe spot a pod of Orcas, racers also had a moment or two to reflect and ponder. After all, tomorrow it’s game-on when they hit the sumptuous singletrack of the Cowichan Valley. The promise of light rain and mild 20 C temps will keep the dirt tacky and the heat factor to a minimum. But the heat of competition will be cranking as competitors follow race a course that showcases the best of two singletrack worlds, Mount Tzouhalem and Maple Mountain, separated by a spin-out untimed transition through rolling countryside. Skills will be tested on trails like Rocky Mountain Ridge and that masterpiece of West Coast trail building known as Maple Syrup that will have racers desperately rummaging around in their mountain biking tool kits for their root riding and rock slab dropping skills. Sleep tight racers. 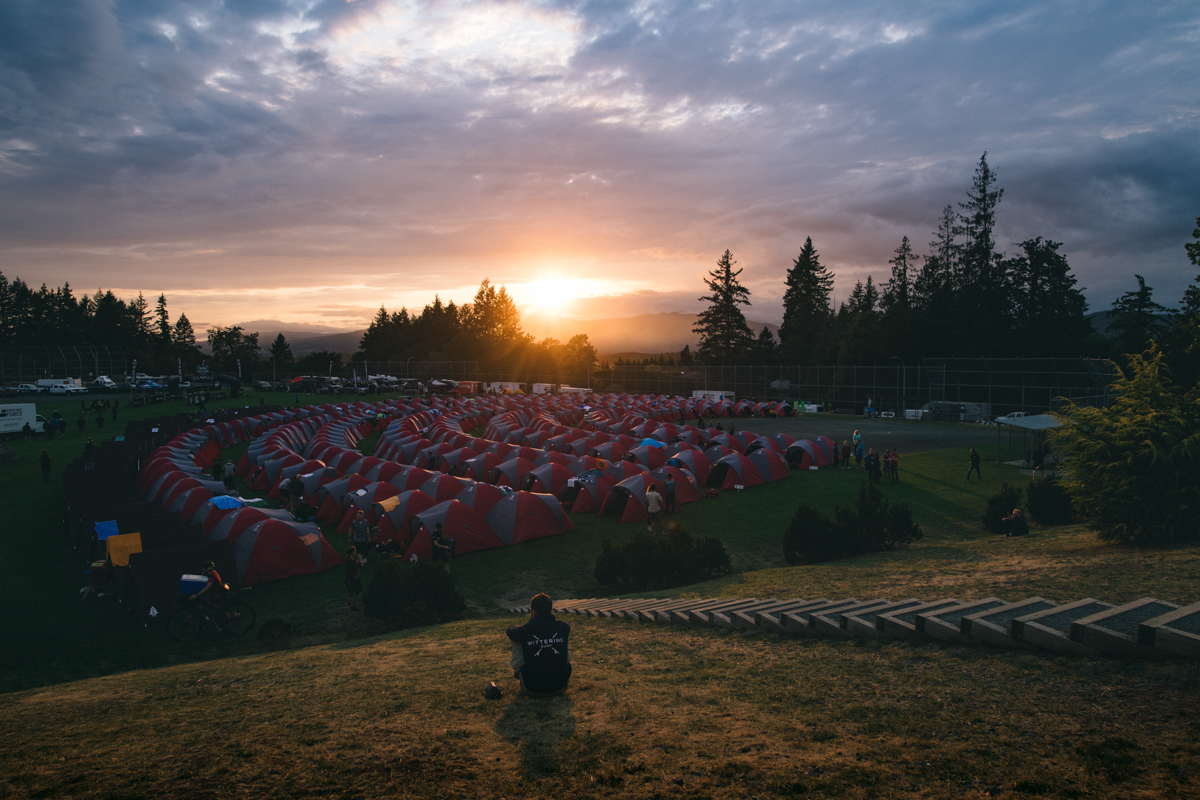