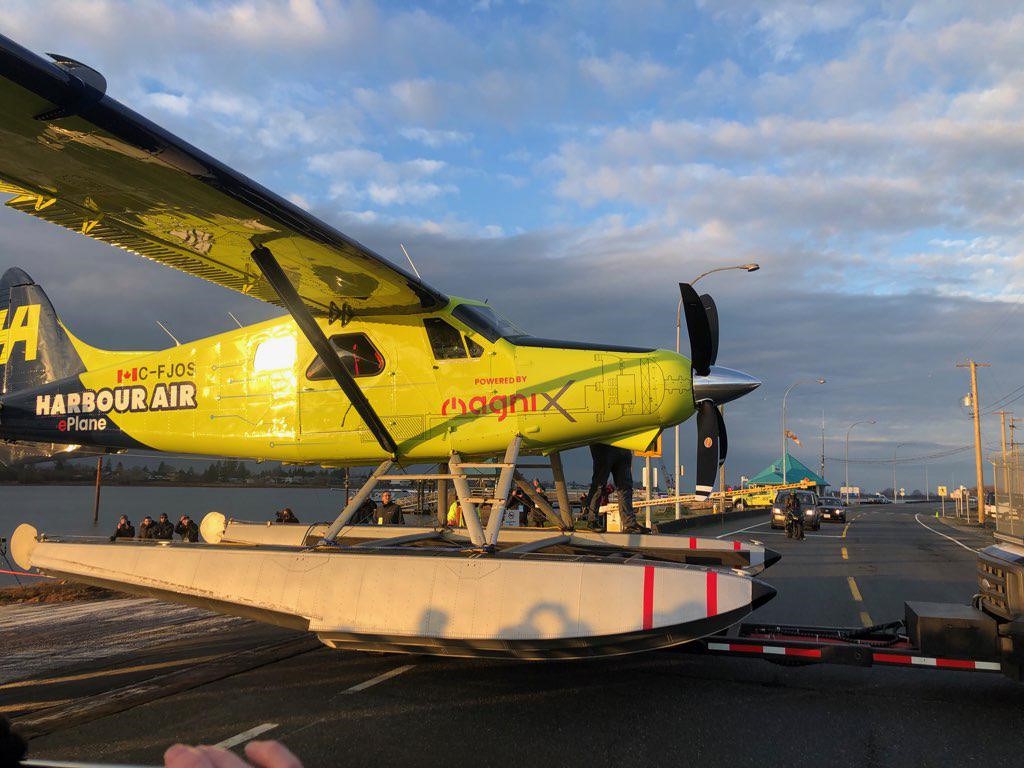 Harbour Air, our founding sponsor, made aviation history last week with the first commercial e-plane flight.  We were honoured to be on hand to witness 11 months of work come to fruition.

The media, armed with cameras the size of small cars, along with friends and supporters of Harbour Air gathered on the dock to watch the sleek, neon yellow plane take off at 8:30am from the Fraser River. The significant reduction in engine noise over traditional float planes was immediately obvious.  With zero emissions and operational costs reduced by as much as 80%, Greg McDougall, CEO and co-founder of Harbour Air, anticipates switching over the entire fleet eventually.

McDougall, who has 8000 hours of flying a de Havilland Beaver piloted the inaugural flight and spoke to crowd after the 10 mile flight. 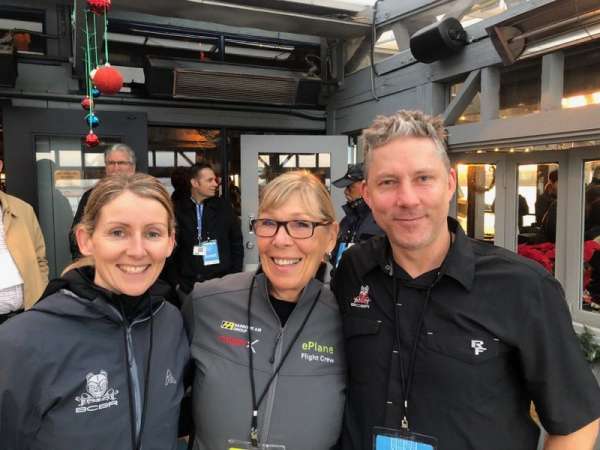 “Today, we made history. I am incredibly proud of Harbour Air’s leadership role in re-defining safety and innovation in the aviation and seaplane industry. Canada has long held an iconic role in the history of aviation, and to be part of this incredible world-first milestone is something we can all be really proud of,” said McDougall.

While still in the testing phase, this prototype lays the groundwork for exciting possibilities working with magniX.  Roei Ganzarski, CEO of magniX said, “The transportation industry and specifically the aviation segment that has been, for the most part, stagnant since the late 1930s, is ripe for a massive disruption. Now we are proving that low-cost, environmentally friendly, commercial electric air travel can be a reality in the very near future.”

All this innovation means we can expect lower ticket prices as a result of reduced operating and maintenance costs.  While the current battery system only powers 100 mile flights, the potential is unlimited as the technology develops.  There will be new opportunities to connect communities and there are also plans in the works for a twin motor e-plane.  The future of seaplane aviation is exciting and we are proud of our friends at Harbour Air for taking the lead in their partnership with magniX .