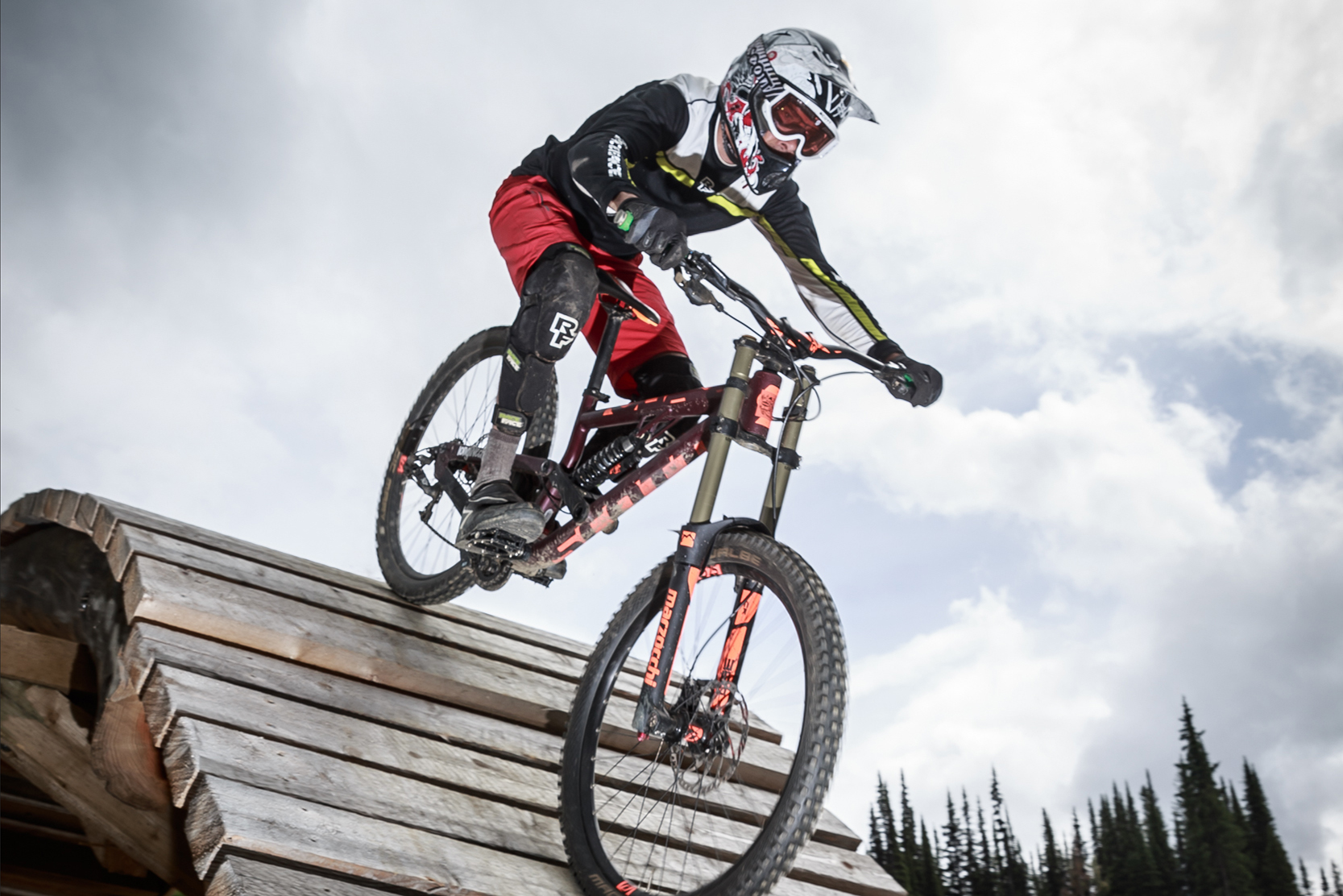 Thank you for this opportunity to recognize someone who not only “makes mountain biking happen” in our community but is so synonymous with it, he has his own hashtag: #NoRandyNoRide.

Randy Pruden is hands down our local trail hero. A lifelong volunteer and advocate for local trail development, Randy was getting out long before anyone else even knew there was somewhere to get out to.

Randy has embedded himself into every aspect of the creation of the Valemount Bike Park over the last few years. Right from his signature DIY signs, down to implementing and planning safety routes for better ambulance response times, the result of his efforts has been the development of a much safer and less confusing, formalized trail system.

Randy has easily become the most valuable asset to our bike park; hence the hashtag. Everyone from trail management to community partners, to local trail users and those from afar, know we wouldn’t be biking with as much ease and flow without all Randy’s thankless behind the scenes work.

On any given spring/summer/fall day, you’re likely to run into Randy on the trail system often on his bike but more often with an armload of tools. His favorite tool is the leaf blower! Even in 30-degree temperatures, you can bet Randy will be out there doing his best to contend with dry trail conditions, maintaining our trails like they were his own backyard.

This is probably because, as a long-time local and steward of the natural environment, Randy does consider it his backyard.

Randy is a selfless promoter of mountain biking in our area and never asks for anything in return except the smiles of trail users and the odd spot in a shuttle rig. Which brings us to the second hashtag synonymous with Randy’s trail building and maintaining efforts: #BuildingSmiles. If you have ridden the creamy trail conditions in Valemount it is very likely that Randy has played a key role in their maintenance and your smile.

When he’s not grooming trails you will most likely find Randy riding them like a boss (which is awesome seeing him rip being in his 50s), and if he’s not riding he’s probably at the Brewery promoting them, and finally if he’s not raising the stoke for bikes in person, you might catch him online humbly encouraging and educating the public on ethical and sustainable riding and trail usage. One of Randy’s catchphrase is, “Just roll around and have fun”; as he inspires the safety and longevity of our trails and users.

As if lending his physicality and wisdom to the sport wasn’t enough, Randy also stimulates and leads fundraising opportunities in our community so we can acquire the capital to continue maintaining and developing our rapidly growing trail system.

With many bike curators across the province competition for this type of recognition is likely fierce; I don’t know if there’s anyone more deserving, but I do know Randy brings with him more hype for bikes than anyone I’ve ever come across as he continues to inspire local riders and the next generation of riders and trail stewards.