The Peak to Beach Route – Locals Favorite – Day 4 of the BCBR. 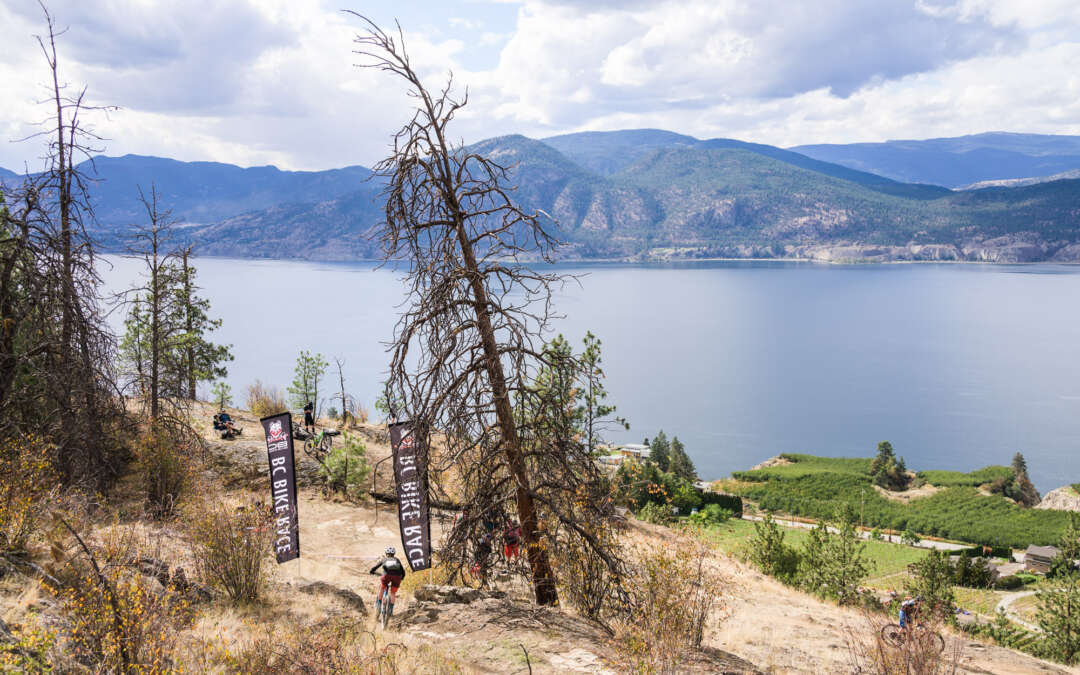 Today’s race was fast, furious, and ferocious. The “Beach to Peak” route was designed by Dean Payne, el Presidenté of BC Bike Race, a recent transplant to Naramata. This route is an ode to the North Shore (his former residence); one big up and one long undulating endlessly flowing down, punctuated with tech-gnar. Today, featured another neutral start, traipsing along the KVR from Penticton to the timing matts. Riding past the wineries of the Naramata bench, the racers’ warm-up has been perfectly served-up on a platter, and the 10am start coincided with the best temperatures of the day. Imagine that, enough time for 2 coffees. Or 3!  And a planned roll out… 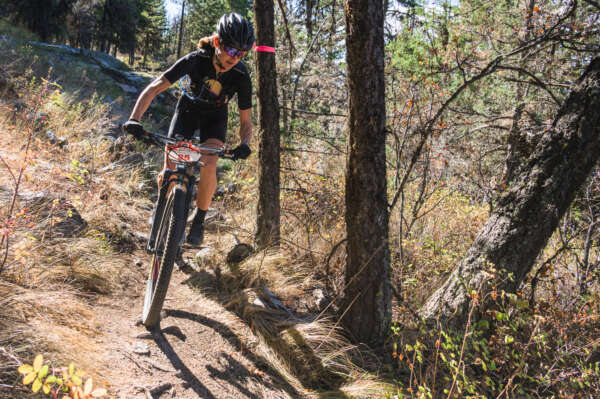 Bryana Blanchard (BMB Racing) has been exchanging the lead in the womens 40+ solo category with Kimberly Quinlan (Outdoor Gear Exchange / Julbo / Vittoria) since day 1. These women are locked in an epic battle, two wins for Bryana and two wins for Kimberly. It would seem that they are well matched on both the climbing and the technical descending, who will reach deep into the tool shed to pull out some extra tricks for the following days. As of day 4, stage 5 they are separated by 1min 22 seconds, this in a see-saw battle with anyone’s guess as to who will take the final victory. While many categories are exciting, this one is truly worth watching, as the contenders are well matched and seem to have different yet similar styles. Two more days to go and it’s a better’s gallery on the outcome! 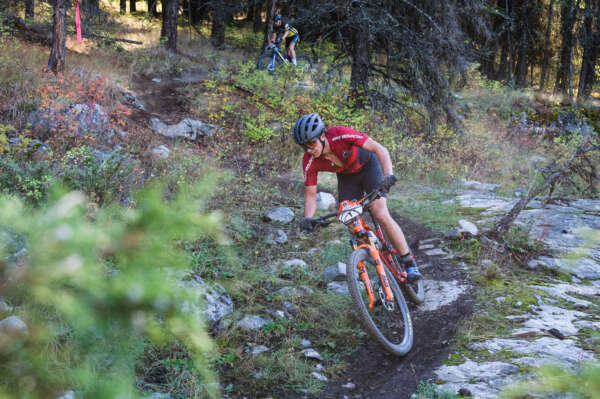 Felix Burke (Rocky Mountain Bikes) was BC Bike Race’s most recent winner in 2019. The young man, who went toe to toe with the legend Geoff Kabush and won, was on the hunt today for more than just runner-up. Looking to improve on his second-place overall position, he figured there’s only one way to change the scorecard; attack!  And that’s just what he did from the get-go. As they rolled through the aid station mid-way up the climb it was a lead pack of four. Felix Burke animating the lead, followed by Andrew L’Esperance (Norco Factory Team ), Carter Nieuwesteeg (Santa Cruz Bicycles/7 Mesh) and Geoff Kabush (Yeti Maxxis Shimano Fox Stans-NoTubes PRO Velocio GU Energy), the Miyagi of the group watched carefully from the backseat.

By the time this foursome turned their bars downward the only indication of intent was the dust and shralp of every corner and laser focused eyes on the technical terrain ahead. At this breakneck speed human reactions are into the milli-seconds and disaster is around every corner. For many kilometers the fast, furious, and ferocious group of shredders, shaved trees, floated over rocks and roots, and threw body-english at every type of tech-gnar terrain you can imagine. It was Felix Burke who was bending his will to the trails and the rocks today, willing it all to go right as he committed everything to a wholesale attack. He pressed his break-away mates with incessant pressure, more speed and even more intensity, all to gain just a breath of air. He had less than a kilometer to go. He had gained the hardest fought gap yet; a few hundred meters over Andrew L’Esperance, Geoff Kabush and Carter Nieuwesteeg. All three were literally in his shadow. With the potential win about to happen his luck ran out and he suffered a puncture mere minutes from the finish. While no significant gaps were developed in the top three, the intensity of the battle was fully palpable and electric. Today’s race had elite level head-to-head competition, grit, and drama. How fortunate we are to be back racing. 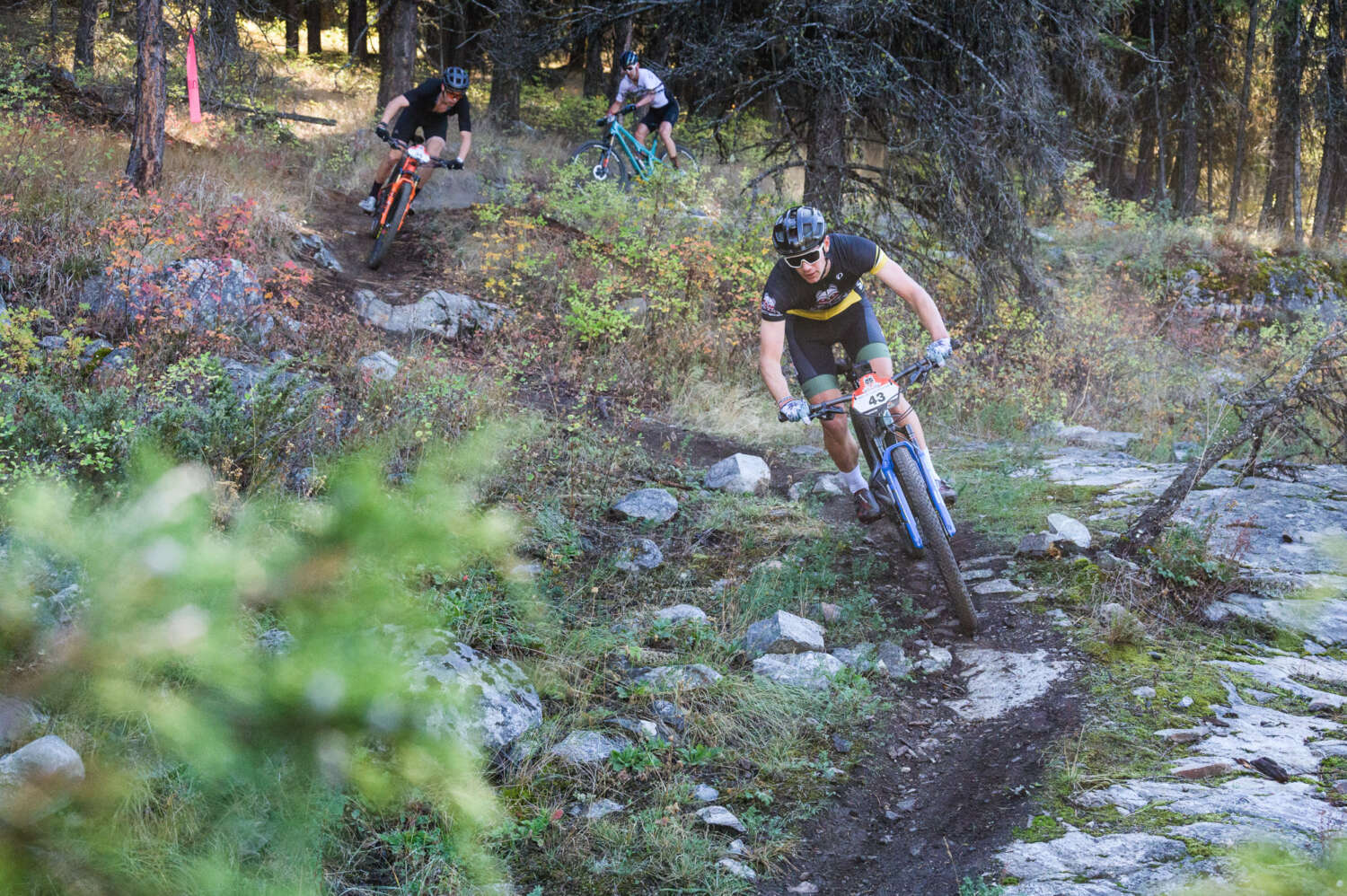 This is a race worth watching, and with only two more days to go you better pay attention.

The overall remains the same for the moment, but much should be mentioned of Cory Wallace (Kona Endurance Team) and Karsten Madsen (Mad Endurance Coaching) sitting 7th and 8th respectively. They recently finished the BCBR Gravel Explorer just the week previous. They have already logged five days of racing and have had only one day off in between. These two giants of endurance are perhaps doing something special. They are rising to a different level to showcase fortitude, stubbornness, and sheer audacity. They will have raced 11 out of 12 days, with one off by the end of BC Bike Race, and while they were fresh for the BCBR Gravel Explorer, they are anything but that now.

As well as mentioning Cory Wallace, and Karsten Madsen, two pros, there are two other animals or gluttons out there; John Bula (Bicicletta Team) and Hugh Oswald (The Chiefs Racing) who are mid-completion on the BCBR Devils Double. What drives them to push their bodies and minds to such an extreme level. John Bula and his teammate Taylor Little are winning the mens 80+ team category and Hugh, well he’s fighting for third place in the mens 60+ Solo category, exceptional human beings.

This is more than a race or races, this is a showcasing of human endeavour, but each day they smile, pedal, and continue on. What is it that racing show’s us, how little we tap our human potential? Perhaps these athletes are examples we should all aspire too - with that in mind, anything is possible if your heart desires it and your time permits, never stop dreaming, and always keep pedaling!! 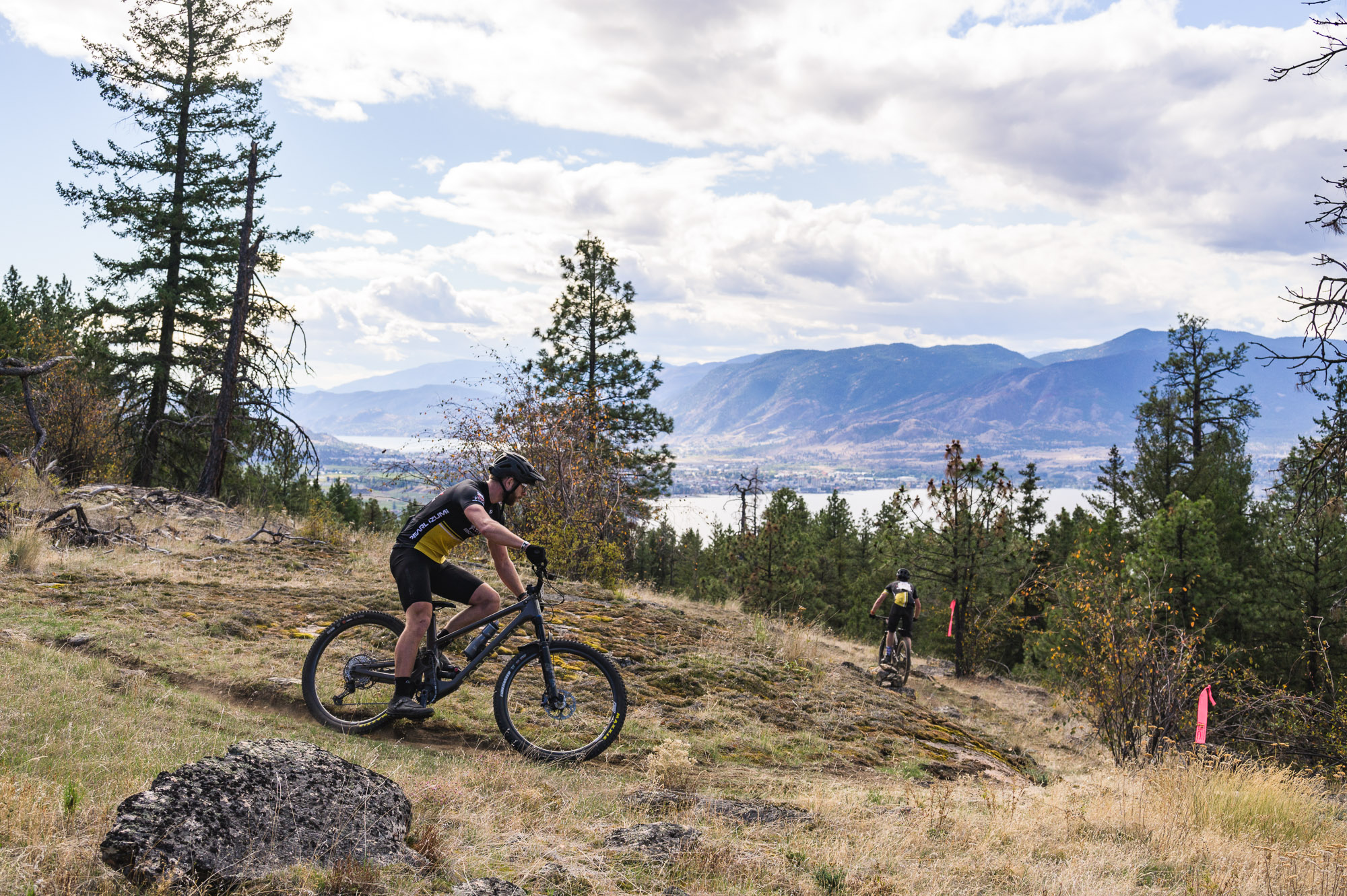 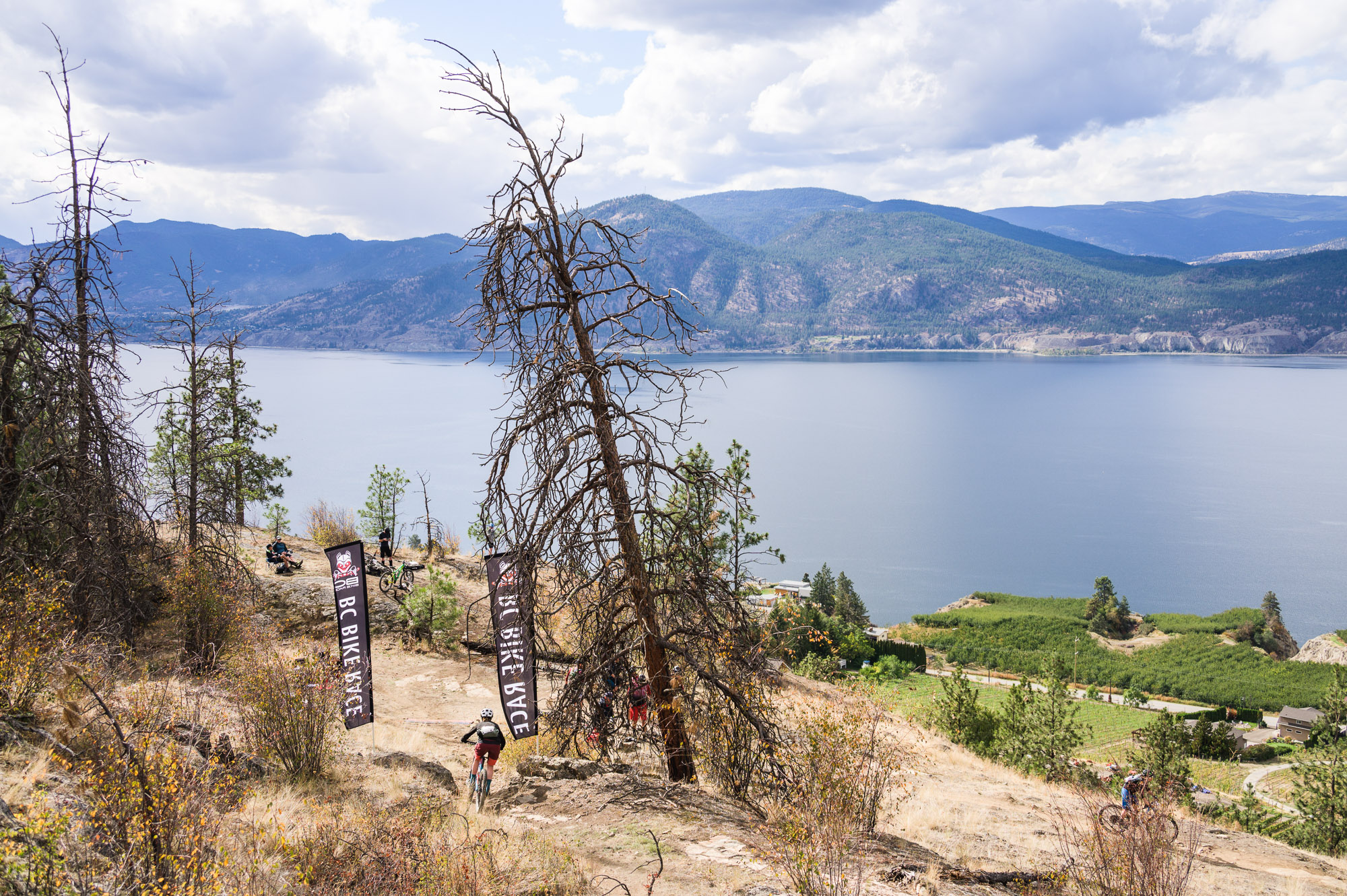 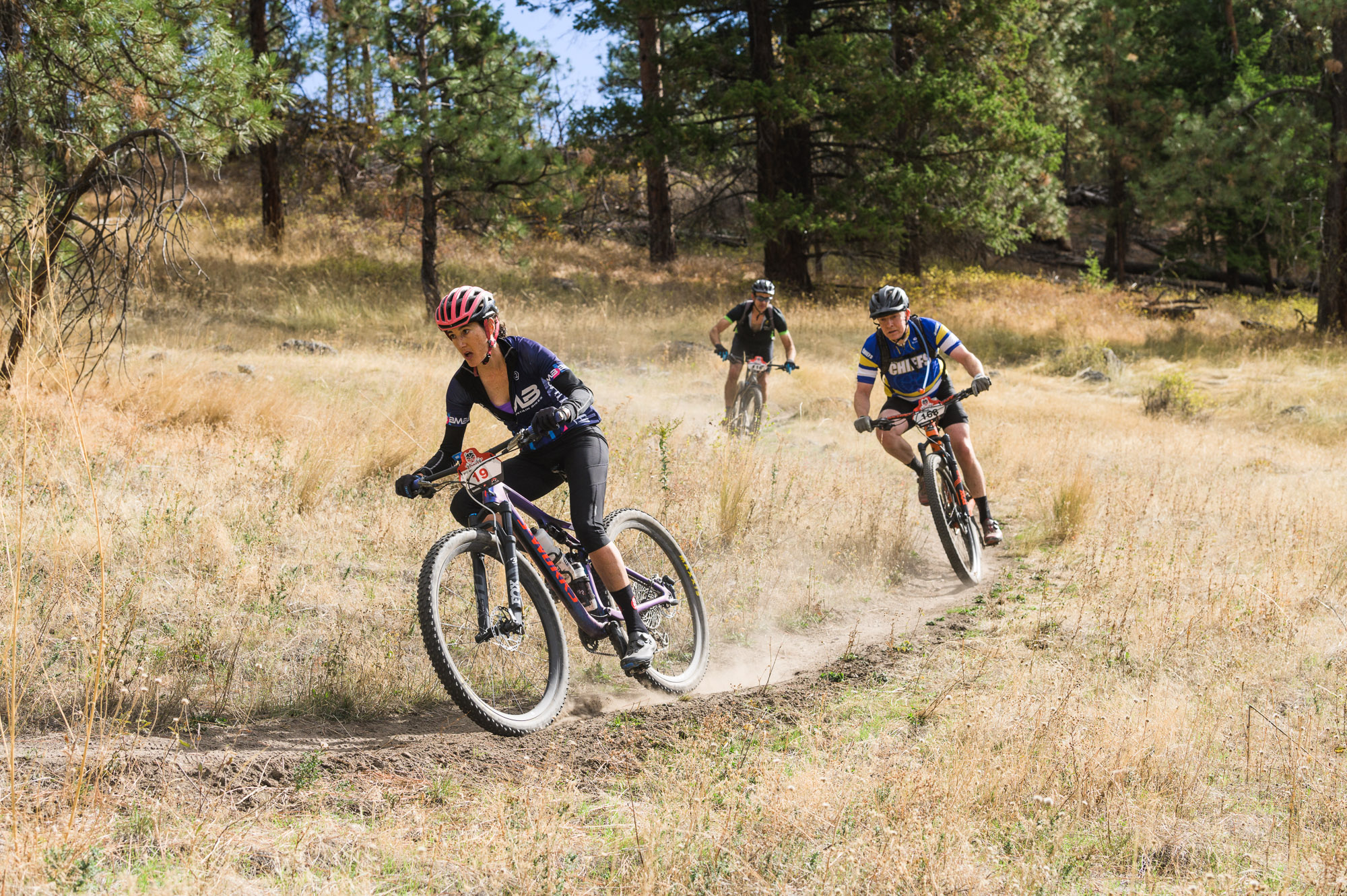 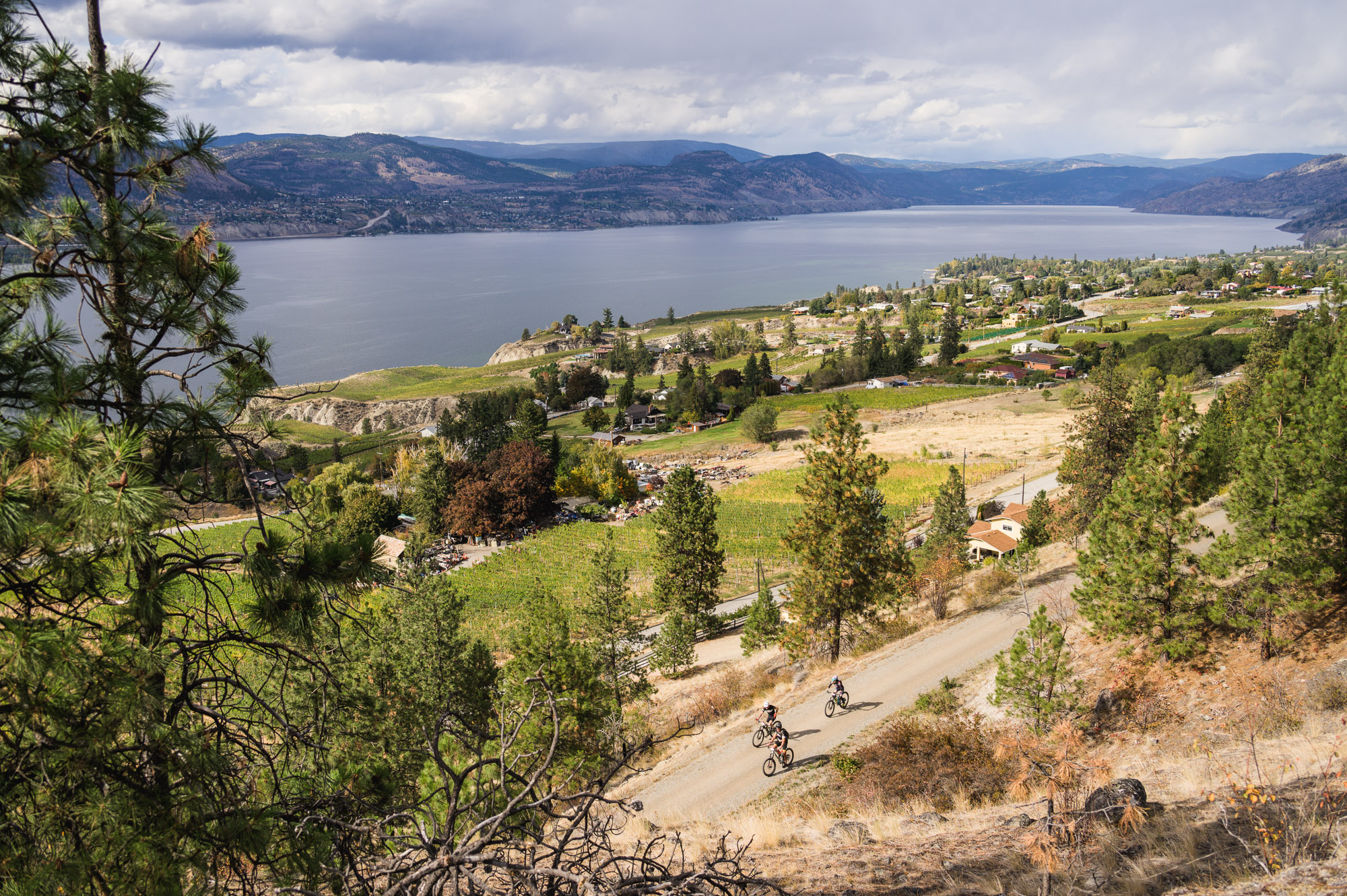 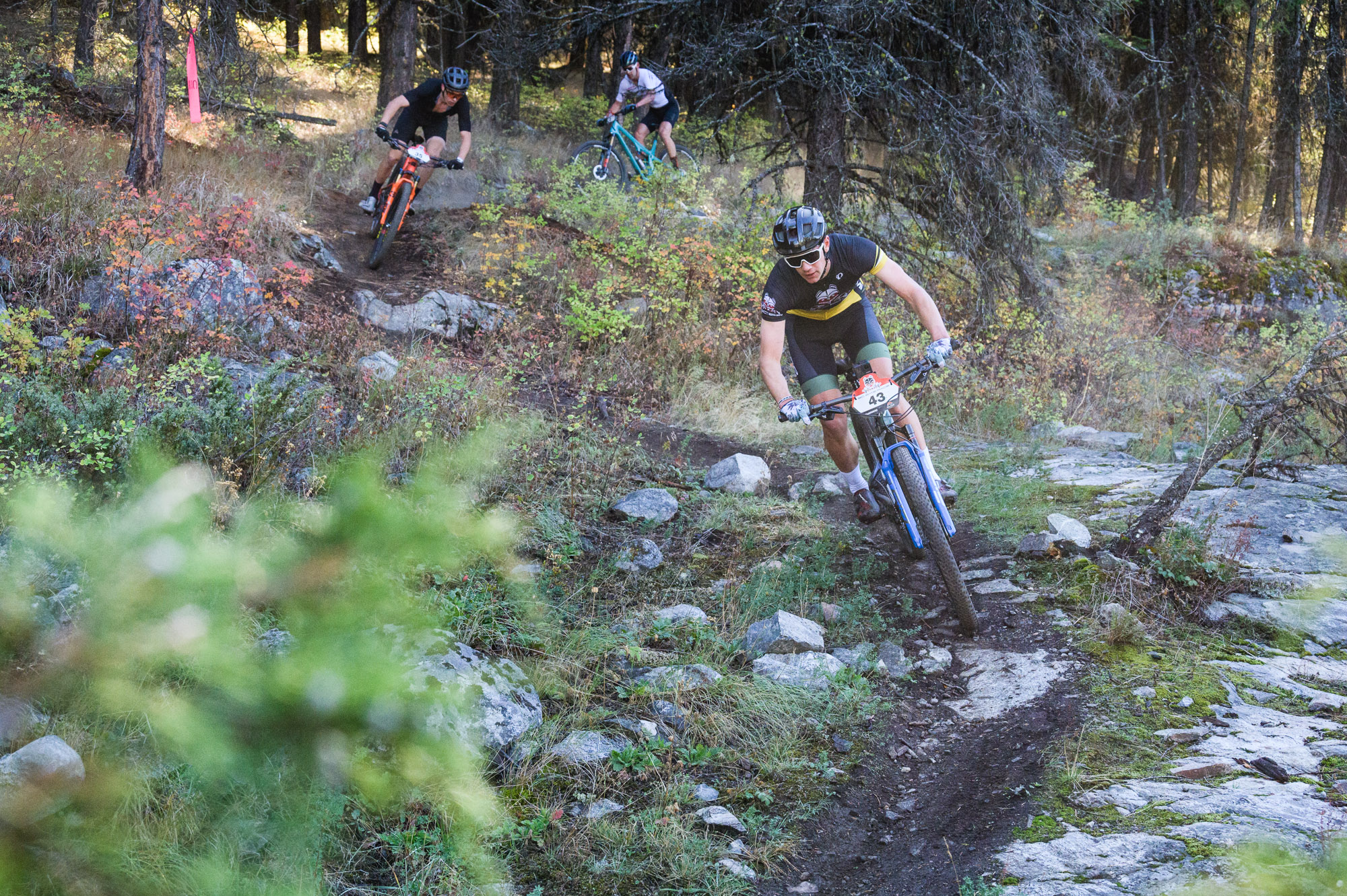 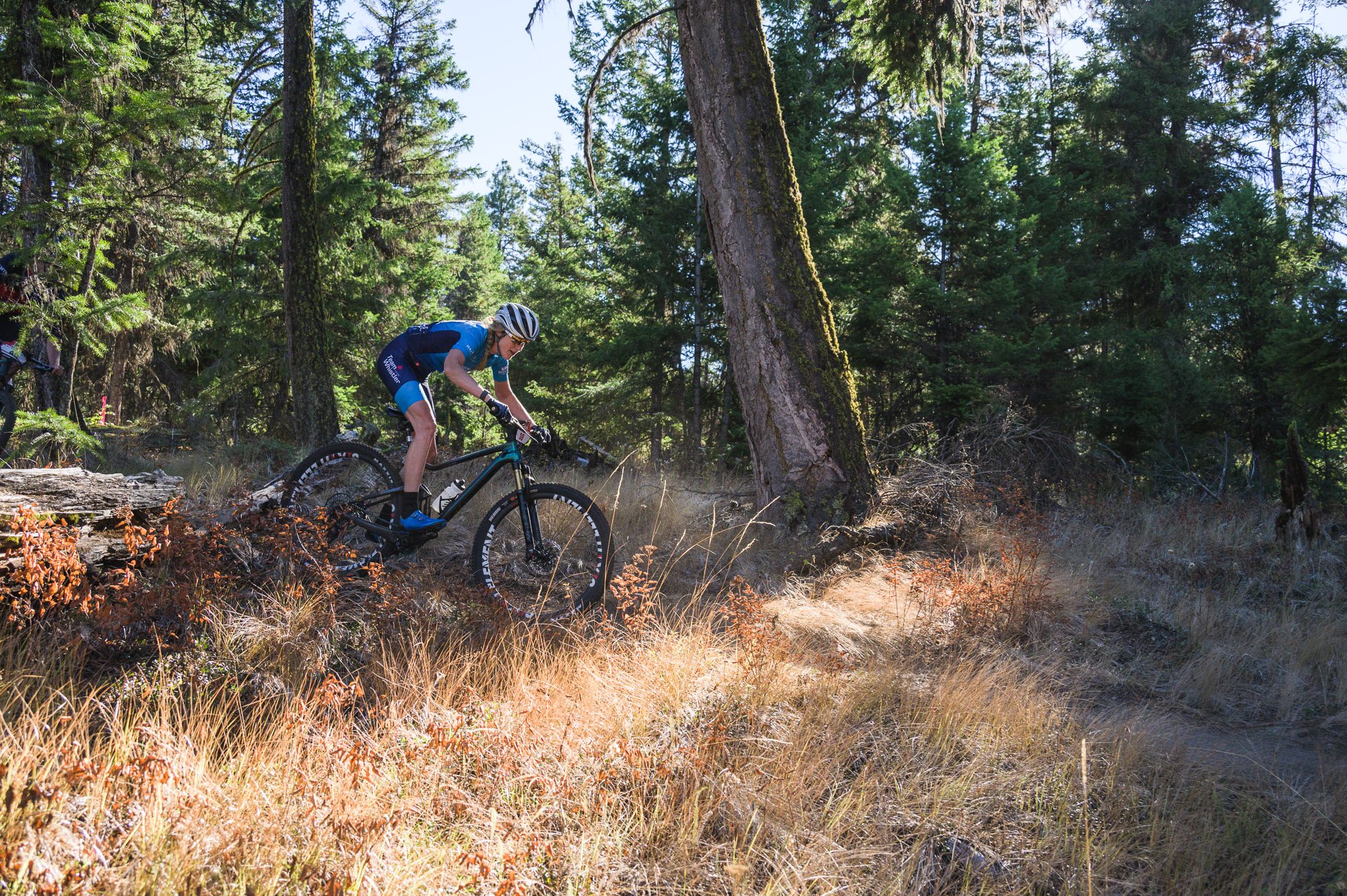 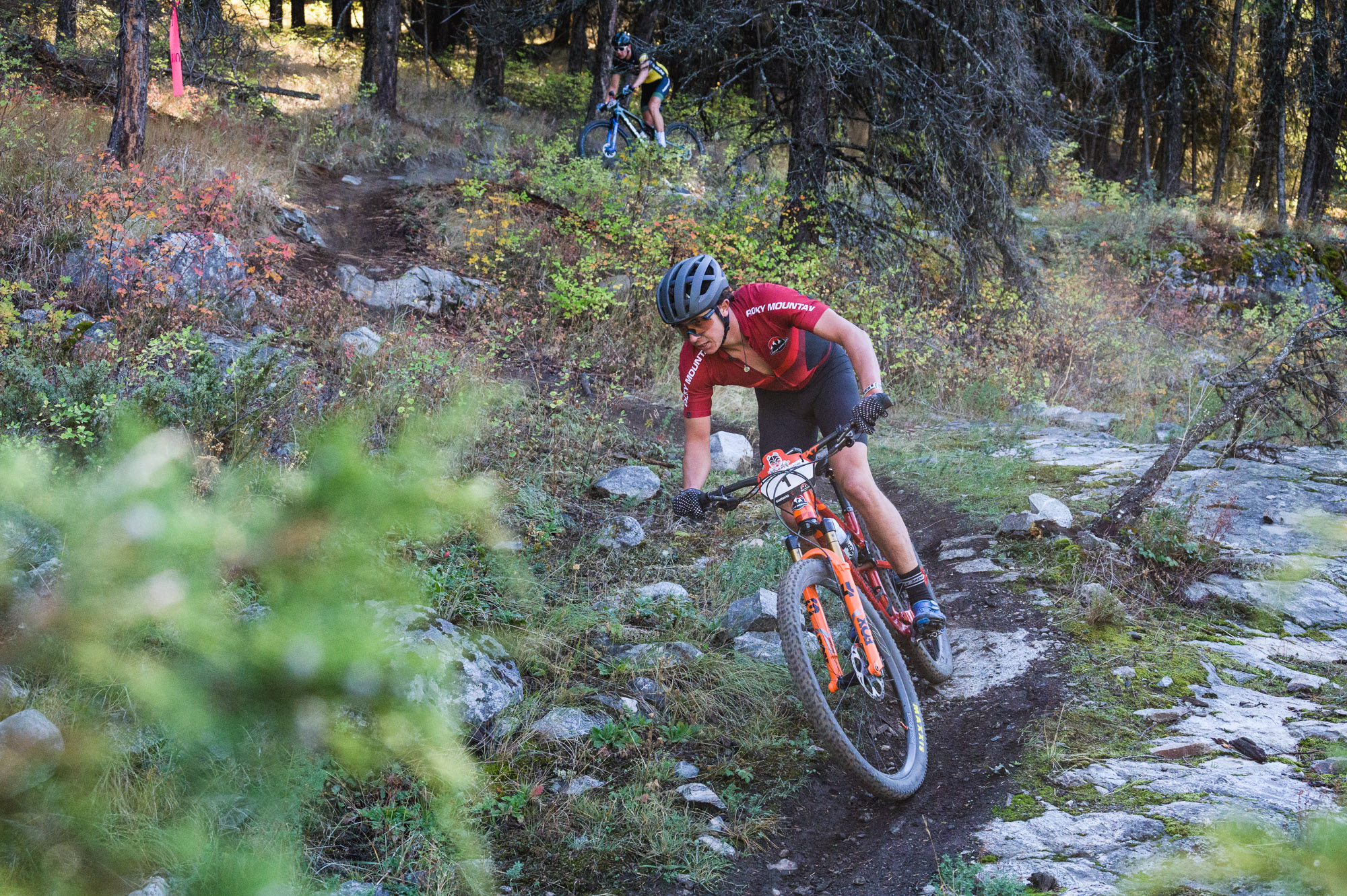 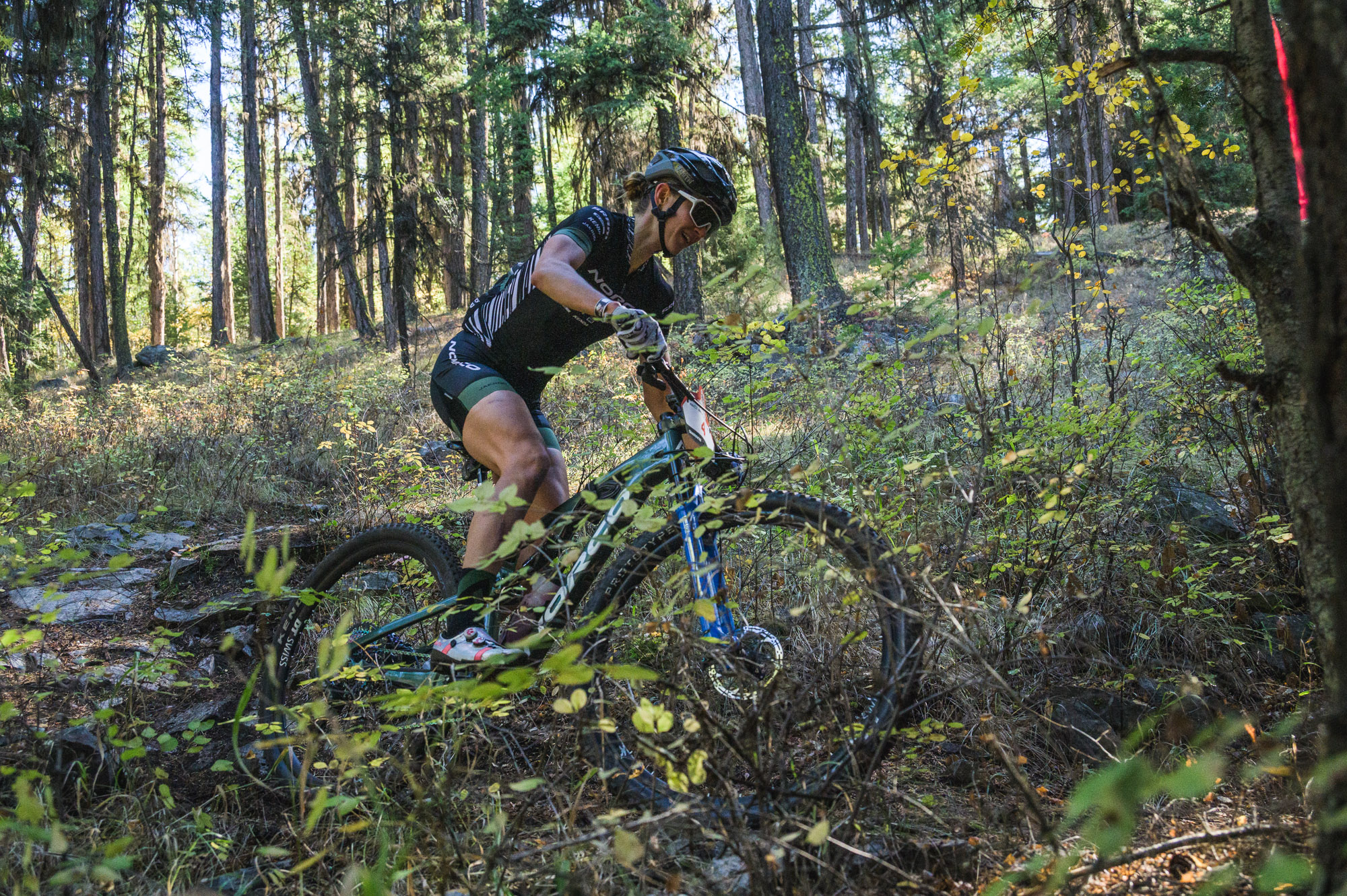 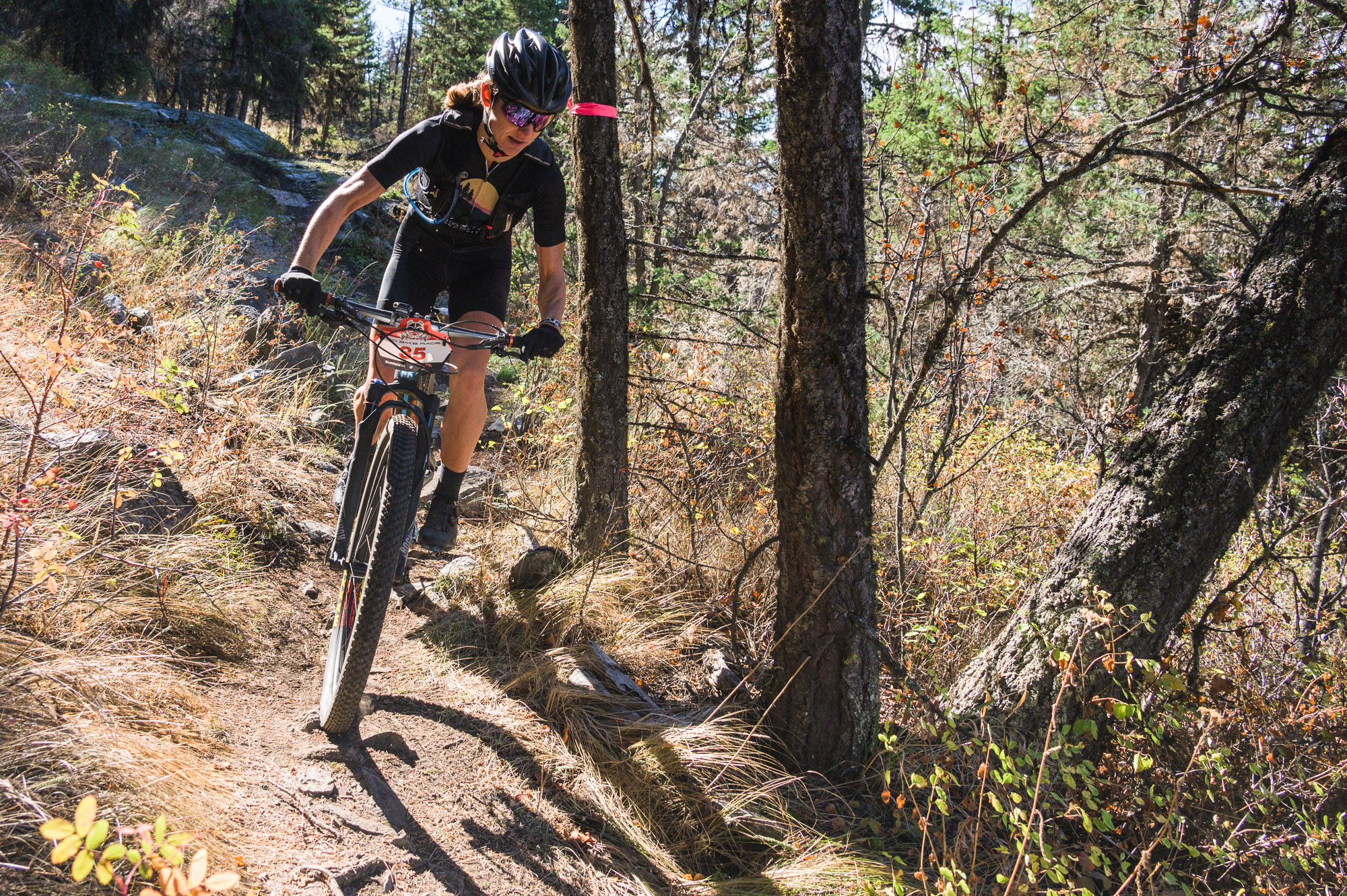 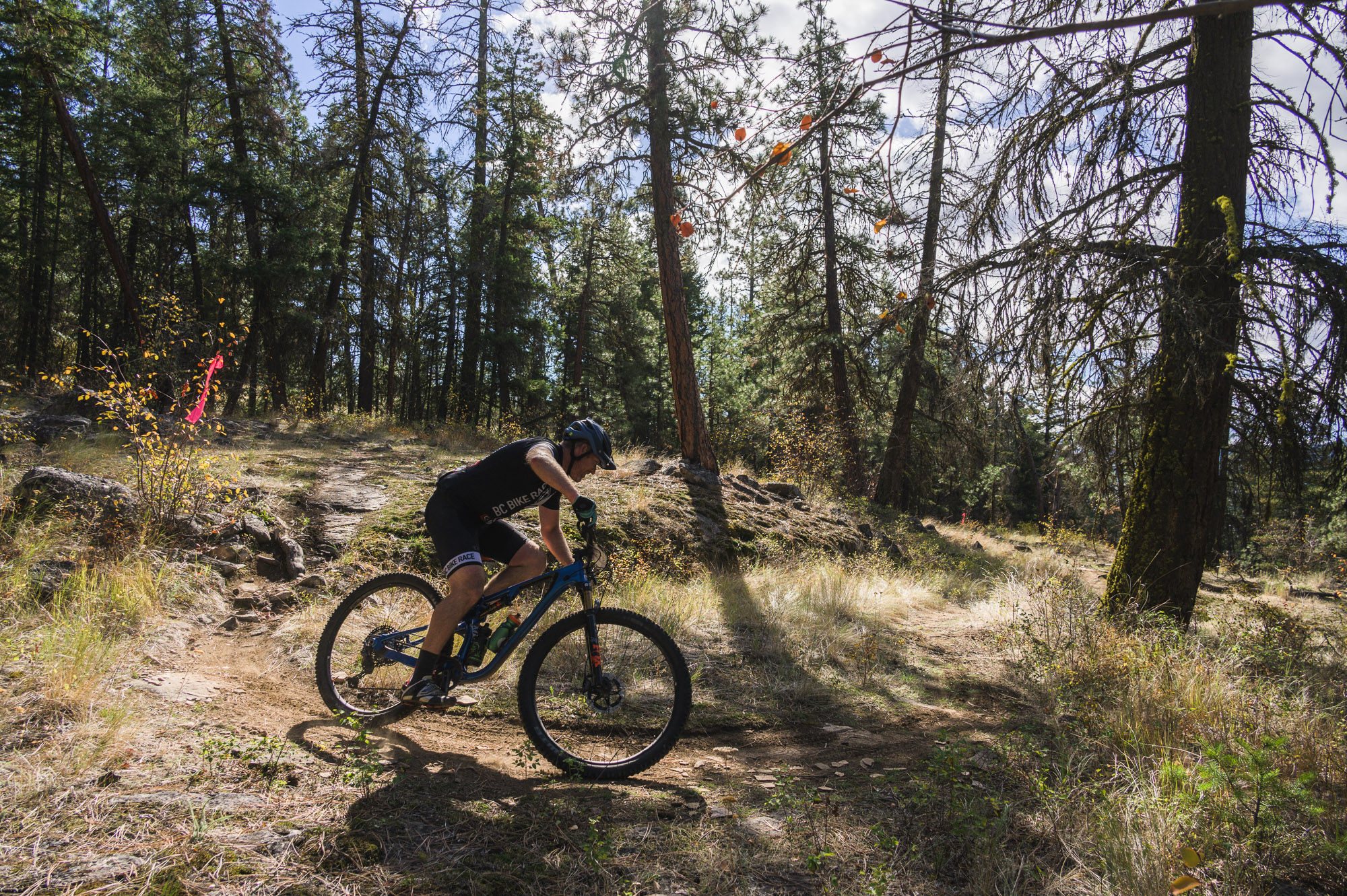 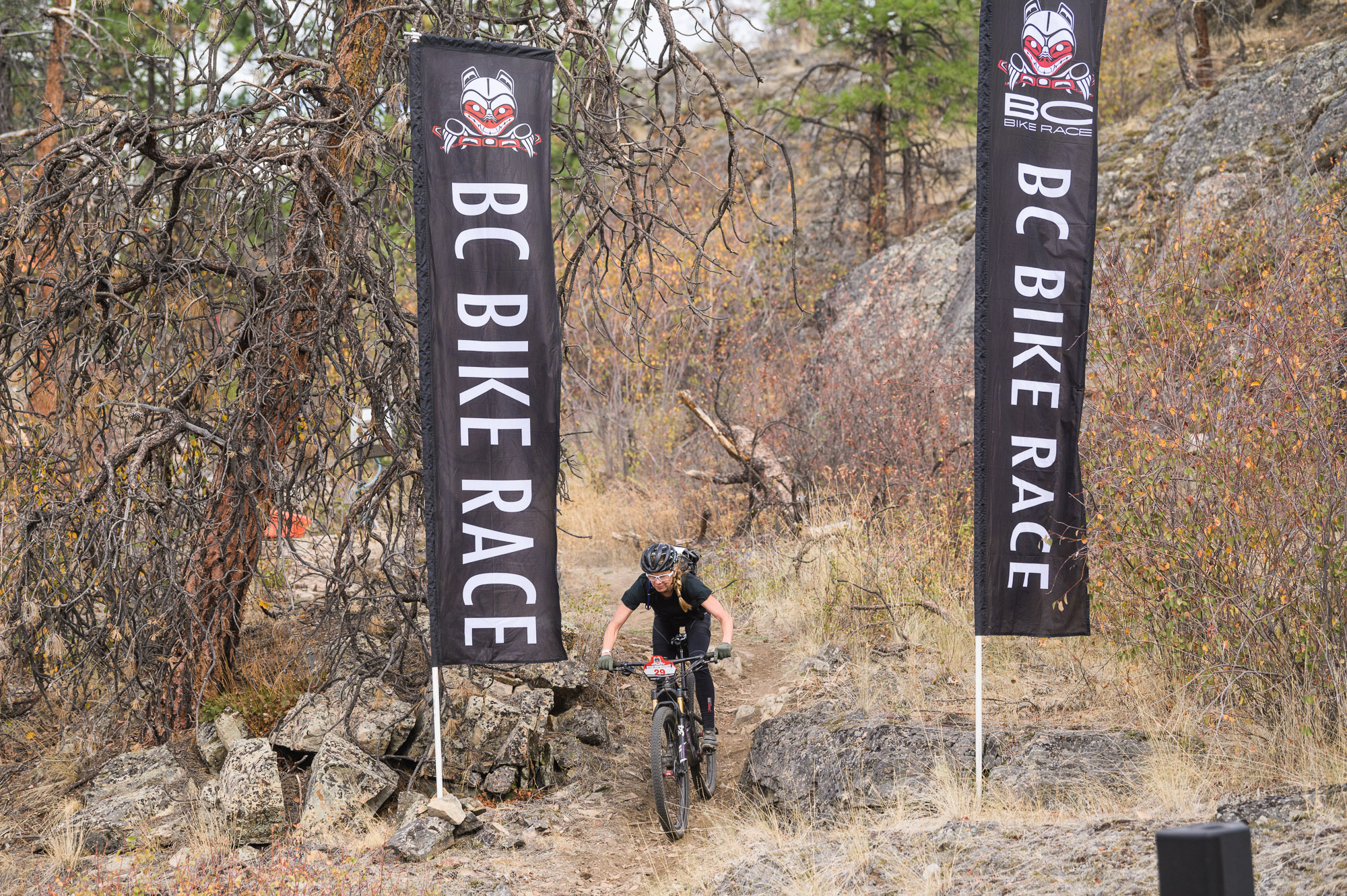 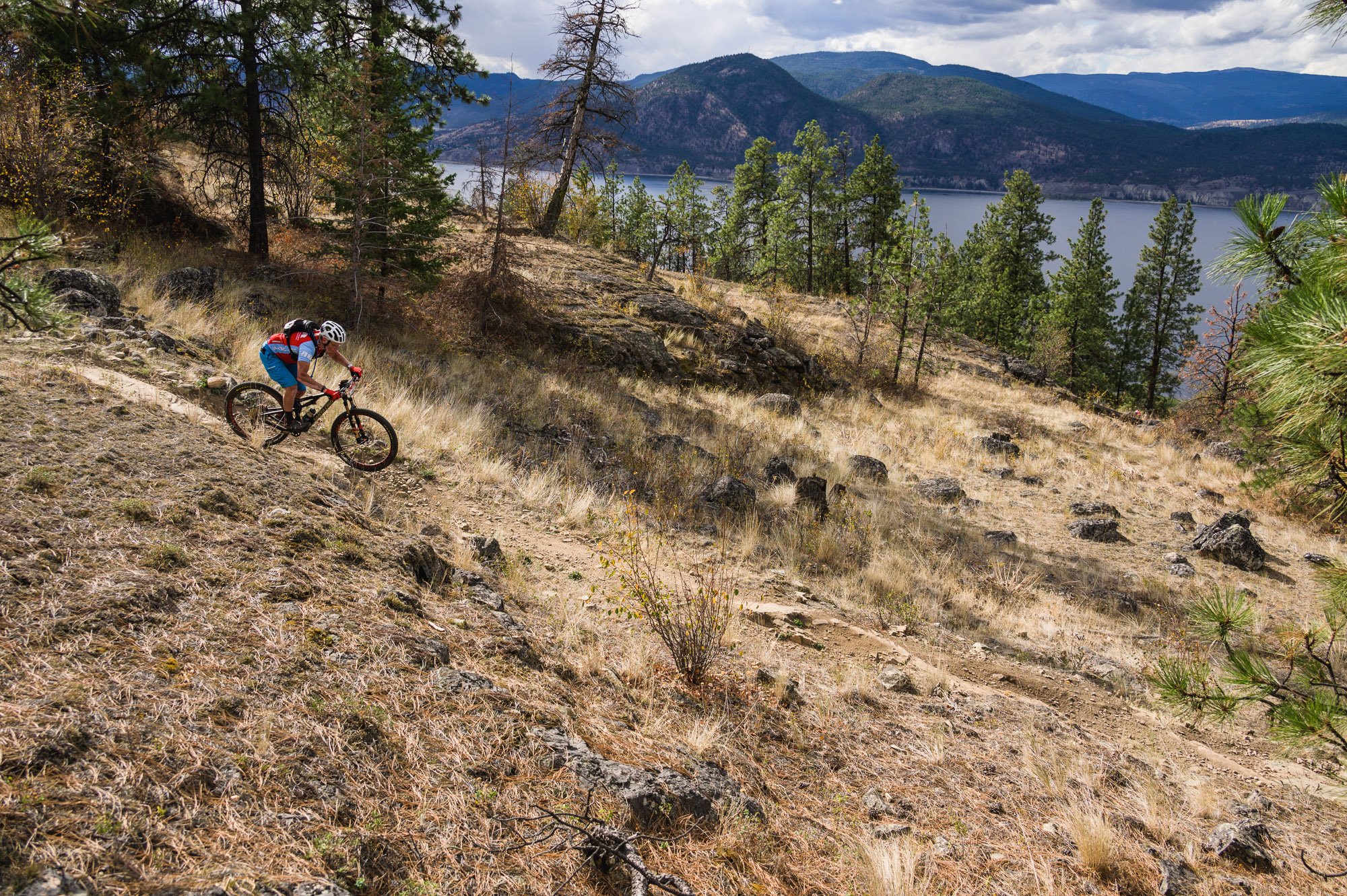